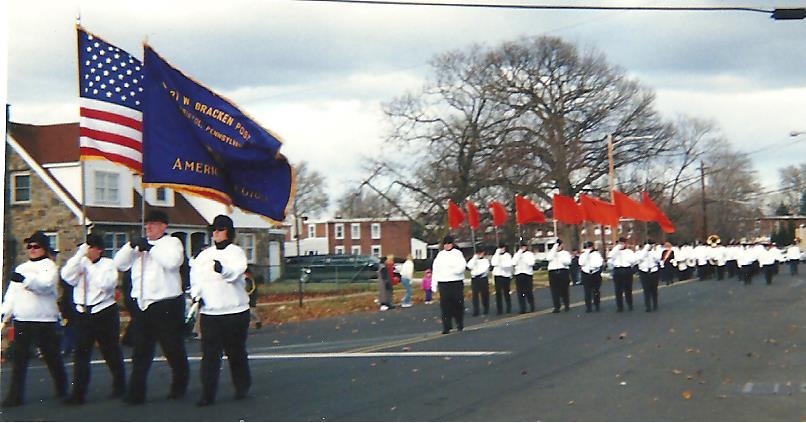 The Bracken Cavaliers Alumni Drum & Bugle Corps was established in 2000. We are a Non-profit 501(c)(3) organization. The purposes of this organization shall be educational, historical, patriotic, and fraternal; to promote the playing of music for the enjoyment of people of all ages. Also, to promote the development of musical talent, discipline, self-esteem, and responsibility in all of our members.

A boy scout troop in Bristol
marched in parades with a drum line leading the way.  In 1922 They added bugles to the drumline and it caught on with the kids from the town. In 1924, the Bracken Cavaliers was organized and claim the honor of being the first and oldest junior drum and bugle corps in the United States of America.
In 1925, under direction of the corps first director, Harry Burbank, the corps became affiliated and sponsored by the Robert W. Bracken American Legion Post No. 382 of Bristol, which, to this date is continuing to help with the sponsoring of the Cavaliers.
The name Bracken is a memorial to Robert W. Bracken, the first WWI casualty from Bristol, for whom the Legion bears the name, and of which the Bracken Cavaliers have carried in proud tradition for 98 years.

The Bracken Cavaliers entertains audiences throughout the Philadelphia region by playing from the 50s through the 70s in parades and concerts.
Since our members are older, we no longer march, we ride on a flatbed float and play as a concert style drum and bugle corps.